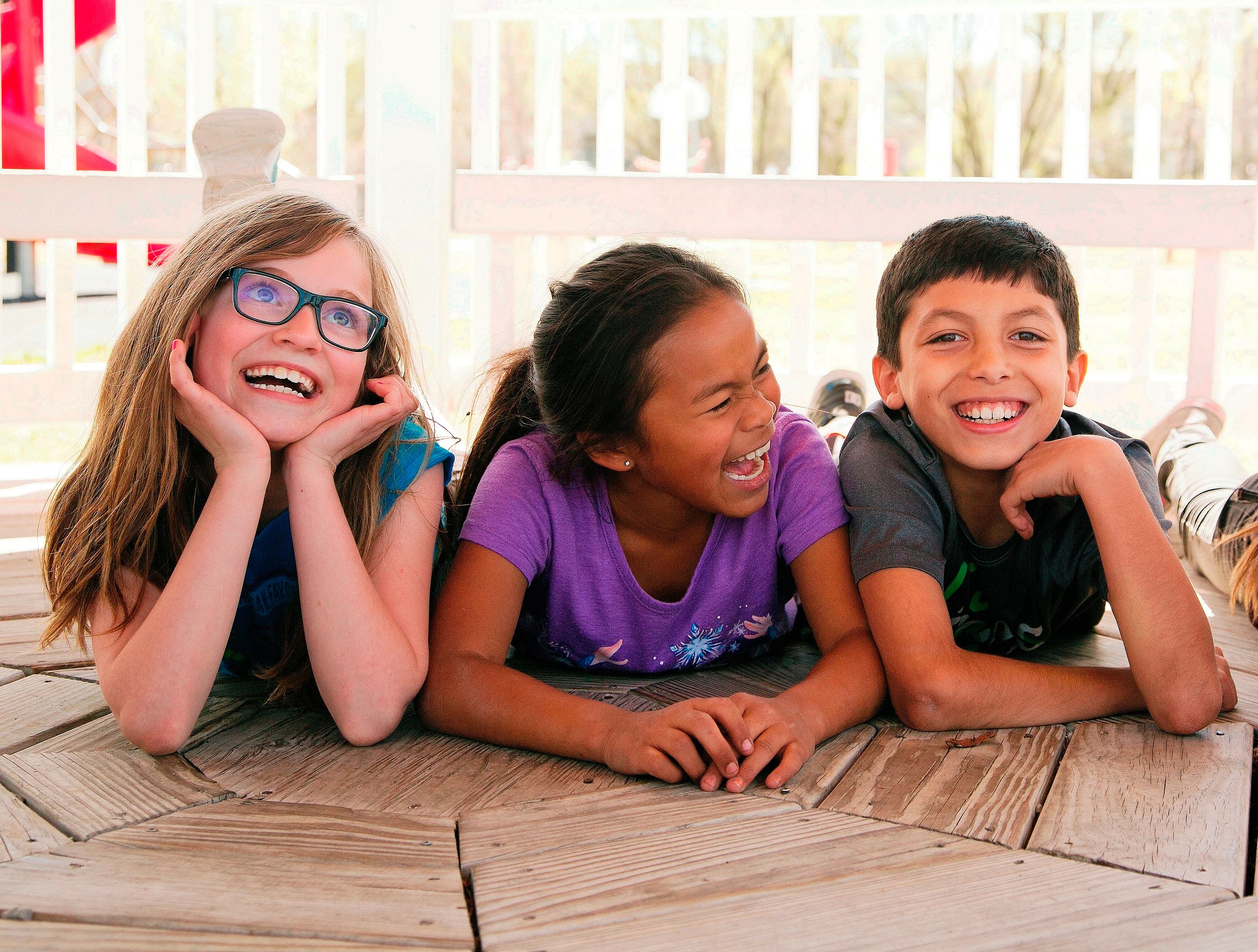 Shawnti Diaz is a compassionate leader who emulates kindness and empathy. She has been a member of Boys & Girls Clubs of Greater Salt Lake since she was 4 years old and has spent her time building relationships with both the youth and staff at Club during the 14 years she has been attending. She has displayed her leadership skills as captain of the basketball team, secretary of an outdoors club at school, and being a member of Black Student Union at Murray High. At her Club, Shawnti has been a mentor for younger members through her involvement in Keystone Club, an organization where teens gain valuable leadership and service experience. She has discovered a passion when it comes to cooking and plans to study the culinary arts this coming fall at Utah Valley University.

Aimsley C. has been a member of the Boys & Girls Club of Utah County for 6 years. She is a senior at Spanish Fork High School where she also serves as the President and Captain of the Dance Company and member of the Family Career and Community Leaders of America (FCCLA) Club. At her Boys & Girls Club, she mentors younger members, and her leadership and dependable characteristics earned her a position as a child nutrition specialist where she prepares and serves over 4,000 meals daily. As an essential worker during the pandemic she has tirelessly worked to provide food and services to families in need through the Boys & Girls Club. She plans to attend Southern Utah University in the fall where she wants to study and pursue a career in Child Development to continue her love of working with youth.

Dustin S. has been a member of the Boys & Girls Club of Northern Utah for three years. He is a Senior at Bear River High School and was recently named Bear River High School Sterling Scholar in Family & Consumer Sciences.  Dustin enjoys cooking and reading. He is currently attending Bridgerland Technical College Culinary Arts programs while finishing high school and hopes to attend Utah State University.  He will take business and entrepreneur classes at USU, hoping to one day own his own restaurant.

For more information about the Youth of the Year program, visit www.youthoftheyear.org.

Salt Lake City (April 5, 2021) - For 31 years, LeAnn Saldivar has been serving kids and families of the Boys & Girls Clubs of Greater Salt Lake, the last 16 of which as our Chief Executive Officer and President. Saldivar has announced that she is stepping down from her role as CEO to pursue other professional goals in the philanthropic sector of Utah and the Mountain West.

After conducting an extensive, national search, the Board of Directors is pleased to announce the selection of Amanda Ree Hughes as the next Chief Executive Officer for Boys & Girls Clubs of Greater Salt Lake, effective this month. Ms. Hughes will become CEO of our Clubs mid-April and Saldivar will remain with the Club through the end of June 2021, to facilitate the transition of leadership and completion of projects currently underway.

"It has been a great privilege to serve as the steward of this valued organization for so many years and to witness the generations of young people whose lives have been changed by its mission. I have great faith in the Board of Directors’ choice of Amanda as the new CEO and look forward to watching the continued growth of Boys & Girls Clubs of Greater Salt Lake under her leadership,” said Saldivar.

“Boys & Girls Clubs of Greater Salt Lake has a long and proud history of providing excellent service to kids and families as one of the premier youth development organizations in our state,” said Hughes. “I am honored to return to my Club home, especially in this time of unprecedented need. I look forward to joining the team of dedicated professionals to create positive outcomes for all youth in the Greater Salt Lake communities.”

About LeAnn Saldivar:
LeAnn Saldivar has been Chief Executive Officer for Boys & Girls Clubs of Greater Salt Lake since 2005. She began her career at the organization in 1990 as the Club’s front-desk receptionist while in college. She has served in essentially every key role in the Club becoming CEO in 2005 and having led the Club through some transformative years. LeAnn was born and raised in the Salt Lake Valley and graduated from the University of Utah.

LeAnn’s impact on the organization has been significant and extends far-reaching into the Boys & Girls Clubs of America movement across the Pacific region and nationally. She established the first formal staff training program at her organization, developed statewide trainings and served on the National Training Committee for seven years. LeAnn was instrumental in starting the Utah chapter of The Professional Association and was a member on the National Professional Association Board of Directors for six years. She also served on the Advisory Council for the Pacific West office of Boys & Girls Clubs of America for six years.
She is an active advocate for youth issues in the state of Utah, having served on the Utah After-School Network Advisory Board, Salt Lake Gang Prevention Steering Committee, HR Executive Roundtable and other local boards and committees.

LeAnn led the merger of the two largest Boys & Girls Club organizations in Utah in 2015 and the acquisition of another Boys & Girls Club in Carbon County in 2017. Currently, Boys & Girls Clubs of Greater Salt Lake has seven locations in three counties serving over 1,200 youth and teens daily.
LeAnn then led a $7 million capital campaign to expand services in two new facilities. Ultimately raising nearly $8.5 million, the two new locations (Larry and Gail Miller Club in Murray; and the Spence Eccles Club in the Capital West area of Salt Lake) are now open and serving more youth and teens than ever before.
In 2017, LeAnn was awarded the distinction of Non-Profit CEO Of The Year by Utah Business Magazine as well as Executive of the Year by the Association of Boys & Girls Club Professionals. LeAnn also received the Blue Spirit Award in 2017, the highest honor a professional can receive from the Boys & Girls Clubs of America.

About Amanda Ree Hughes:
Amanda is a nonprofit administrative professional with more than 24 years of professional experience in marketing and fundraising including several leadership roles. Born and raised in a rural Utah town, she is an alumna of Southern Utah University and holds a degree in Theatre and Special Education. She also received her Master of Fine Arts in Arts Administration and Management from the University of Alabama. She has worked in various management and leadership roles for the Utah Shakespeare Festival, and in the Southeast at Alabama Shakespeare Festival, Horizon Theatre Company, and the Center for Puppetry Arts before returning to Utah to find her second home at Boys & Girls Clubs of Greater Salt Lake 11 years ago.

Amanda has served for the past two years as a consultant for Boys & Girls Clubs of America, helping lead Clubs across the Pacific and Southwest regions in the states of California, Utah, Idaho, Colorado and Montana in stewardship and resource development and building strong leadership teams at the Club level. With a successful track record in fundraising, community relations, and board development; her core strengths are in building relationships, developing organizational strategy, fostering public relations, and advocating for youth positioning her for the CEO role of the Greater Salt Lake Club.

The Boys and Girls Club of Greater Salt Lake expresses its heartfelt thanks to generous communities, including our donors, governmental agencies and our other great supporters. Without you we could not successfully serve our kids and their families with our mission of providing a safe place for the kids while nurturing and guiding them to a brighter future positioned for success.

Since 1967, Boys & Girls Clubs of Greater Salt Lake has offered positive alternatives to children who may be surrounded by negative influences, showing them how to live successful and productive lives. Boys & Girls Clubs give their members, ages 3 - 18, access to dedicated, trained professionals who can provide guidance in adopting healthy lifestyles and pursuing educational objectives. Most importantly, Boys & Girls Clubs equip young people with the skills they need to resolve conflicts peacefully, improve relationships with every aspect of their day-to-day lives, and function as responsible citizens.

Boys & Girls Clubs of Greater Salt Lake serves kids at 7 locations in Salt Lake, Tooele, and Carbon County. Prior to the pandemic, nearly 6,500 youth attended these Clubs with over 1,300 members coming to the Clubs each day. In the early days of the pandemic, Boys & Girls Clubs of Greater Salt Lake provided virtual activities and mentorship, emergency childcare for children of essential workers and first-responders, and meals for families experiencing food insecurity.

Our mission is to inspire and empower youth, families, and communities to realize their full potential as productive, responsible, and caring citizens. For more information, visit www.gslclubs.org or call 801-322-4411.